Game Ideas from Poetry: Stopping by Woods on a Snowy Evening

Whose woods these are I think I know.
His house is in the village though;
He will not see me stopping here
To watch his woods fill up with snow.

My little horse must think it queer
To stop without a farmhouse near
Between the woods and frozen lake
The darkest evening of the year.

He gives his harness bells a shake
To ask if there is some mistake.
The only other sound’s the sweep
Of easy wind and downy flake.

I love this poem by Robert Frost, its simple and clean and evocative. Its been snowing here a lot this winter and I have been going on some hikes through the woods while it comes down. Its very peaceful, and Robert captures that solitary longing to watch this little sliver of the world. So when life gives you poems, make D&D.

Let us ask the question, what if the narrator gives in to the lovely, dark and deep woods? He hops off of his cart into the snow, and he trudges into the forest on the darkest night of the year.

This makes for a great set up to be captured/seduced by the servants of the Queen of Winter and be forced/enticed to celebrate with her and her court as her reign begins for the season. Perhaps he is thus cursed to return to her Court every Winter Solstice and dance with the holly men and the evergreen women, to drink the blood of the feast swine, breath the smoke of the cedar offerings, and wear the wreath.

That's the one night a year he feels alive. And every other night he lays awake, thinking of the smokey hall lit by ruddy flames, his body writhing with half remembered pleasure and tormented by cultural inhibitions. He returns to the dark woods. Year after year.

I would want it to be an adventure like "Over the Garden Wall", an excellent single season TV show from Cartoon Network. Check it out:

What I think "Over the Garden Wall" did well was a sense of dissociation and familiarity at the same time. But instead of kids wandering a weird Victorian era forest land, you are a group on late 19th century New Englanders haunted by the chains of your Protestant upbringings and the pagan blood memories of the Yule Tide. Every session is the night of the Winter Solstice, in between each session a year passes and the bacchanalian revelers age and grow weaker and more tortured. Kind of like a fucked up pagan Narnia. 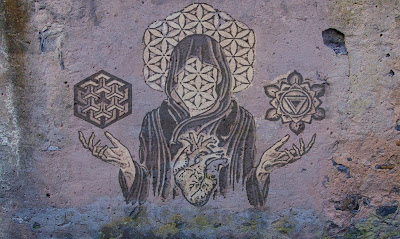